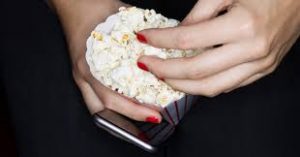 When you’re dealing with noise syndromes like misophonia, even the smallest of sounds can strongly impact how you feel or act. They get under your skin and cause you extreme discomfort and anxiety. These conditions may even lead to extreme bursts of rage, depression, or even suicidal thoughts.

All cases of misophonia are different, as no two people are alike. Because of this, not all of the same sounds effect people in like manners. There are, though, common noises and sounds that are highly triggering to individuals with noise disorders and misophonia. We’ll go through some of the most common kinds of noises that are associated with misophonia and how they trigger symptoms in patients below. This should help you recognize whether you may be suffering with this type of syndrome and if you should seek treatment. 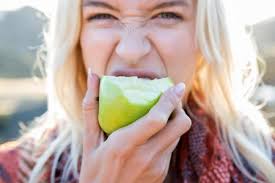 Because misophonia is a sound disorder, the most common classification of noise triggers is auditory. This refers to objects that plainly make identifiable noises. The specific types of auditory triggers vary in each person, but some sounds are more common than others. For example, the sound of a tapping pen or squeaking chair is more commonly reported as triggering compared to the sound that comes from yawning.

Other possible noise triggers include chewing with an open mouth, the scraping of a form across a plate, a clock ticking, the hum of an iridescent light, and more. It is important to keep in mind that any noise can become triggering for someone depending on how they were raised or what feeling they associate the noise with.

Less common than auditory triggers, there are certain circumstances that may affect an individual with misophonia where they react when repeated movements are seen and observed. These are known as visual triggers. This phenomenon is much less known of than auditory triggers, as noise disorders are thought to solely affect sound. Some common visual sights that may trigger symptoms of misophonia include chewing, the scrolling with a finger on the screen of a smartphone, the bouncing of a leg, or even hair twirling. If you are triggered by these certain visual cues, you may potentially have a more severe case of misophonia that should be addressed by a specialist.

The least common and most rare form of misophonia triggers are tactile and olfactory triggers. This refers to things relating to either touch or smell and odors, respectively. If you find yourself aggravated, depressed, or filled with rage when around or smelling certain objects or scents, you may have misophonia. These are more related to personal background and upbringing, solely referring to feelings associated with these objects. Because of this, it is difficult to directly identify examples of both tactile and olfactory triggers. If you realize you are being strongly affected by tactile feelings or smells, consider talking to a misophonia specialist for help.

If while reading the above list of noises that trigger misophonia you were able to empathize with some of the feelings with associated noises, feelings, sights, or smells, you may suffer from this syndrome. Depending on how severe your symptoms, visiting a specialist could be highly beneficial.

For some of the best misophonia treatment strategies in New York City, Steven Katz LCSW at the Misophonia Cognitive Center can help you.

Contact us today to schedule an appointment to determine the best treatment plan for you!

← Earplugs for Misophonia?
The Future of Misophonia Treatment →