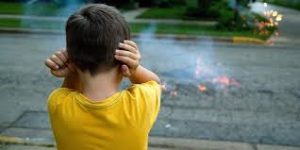 Misophonia is difficult enough to deal with when it affects you personally, but things can quickly get much more complicated when you’re living with a child suffering from misophonia on a daily basis. Children are less cooperative and don’t consider their actions that much with regards to others, and if you don’t control the situation from early enough, you might eventually find yourself dealing with a child that’s beyond any realistic control.

Figure Out the Irritants and Minimize Them

The first thing to do is to find out what exactly triggers your kid’s misophonia and take steps to minimize the presence of those irritants in your daily life. This should be easier to manage when the kid is still young and lives with you at home, although you’ll eventually also have to deal with the problem that they would want to go out among other people, where you won’t be in control of everything about the environment.

This makes it important to ensure that the child itself is aware of the condition they have as early as possible. Talking to them once will probably get you nowhere, as this is a difficult concept to explain to someone that young. Make sure to have this conversation several times as they are growing up, and especially try to use any situations that have triggered them more severely. The sooner they understand that they have a medical condition that needs to be dealt with in a sensitive way, the easier it will be for them and for you alike in the long run.

It’s also critical that you don’t try to deal with the situation on your own, as this is an actual medical condition that’s beyond the control of most people out there. Get your child diagnosed early on so you know what you’re dealing with, and then start taking steps to ensure that the condition is under control in the long run.

Finding the right specialist for this purpose can be a bit of a tricky ordeal though, especially when it comes to a child, so if you want to avoid a great deal of hassle and confusion, get in touch with us at your earliest convenience. We’ll take you through the process of diagnosing and treating your child step by step, and the only thing you’ll have to do is stand by their side for support.

← Management Tips for Misophonia Sufferers
The Link Between Misophonia and Anxiety →