What causes the condition known as misophonia? Many serious mental health issues can affect an individual, which can have very complicated causes. A prime example worth looking at is depression, which happens to be one of the most well documented and studied mental health conditions people can face.

However, despite a better understanding of the condition, they still struggle to determine the definitive cause of depression. Similarly, with conditions like misophonia, there is no real way of determining its’ cause. 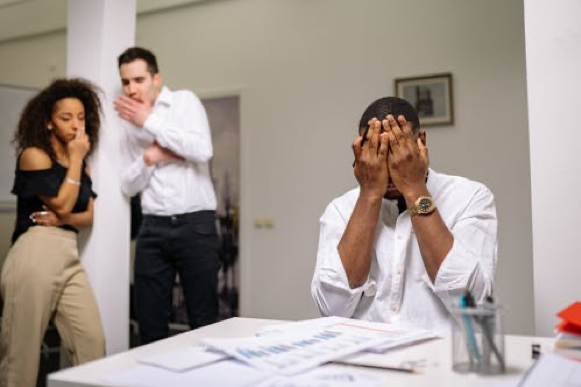 As one of the newer mental illnesses that people hear about, the condition can be very concerning for anyone who is hearing about it for the first time. Some people may even have the condition but just thought it was normal for them to be so angry when hearing certain sounds. You may have even heard a few of your friends reacting this way without taking it too seriously. Here we will look deeper into why people react the way they do when they hear specific sounds.

How Many People Have Misophonia?

Fortunately, Misophonia is a manageable condition if people show milder symptoms of the condition. According to varying reports, nearly 20% of people have some form of misophonia, with only a very small percentage of people having it so bad that it makes it difficult for them to function in society.

However, with such a larger population of people having some form of this condition, many have concluded that the condition only amplifies how humans feel about certain sounds. Through various studies, they found that people who do not have the condition can find certain sounds so terrifying that they can become visibly uncomfortable.

When researchers brought in people with misophonia, they reacted similarly to people who did not have the condition. Therefore, the real difference comes from most people’s extreme reactions to more mundane sounds. In these situations, many believe that trauma could be the underlying factor.

As we mentioned earlier, there is no specific cause for misophonia, and various factors could influence it. Trauma is a major influencing factor for misophonia, as people can react differently to certain sounds that remind them of traumatic experiences. For example, consider a person who has survived a car accident. They might find the screeching sound of tires on the road very disturbing and threatening.

Some patients have found the voice of chewing triggering because an abuser would chew that way. However, while these are more generic, some can be very specific. Some individuals with the condition will often find the voices of their loved ones triggering or the pen clicking of a loved one very problematic.

Understanding the more personal element that goes into misophonia makes it obvious that trauma certainly plays some role in determining the triggering sounds they find.

The Connection between OCD and Misophonia

Misophonia has many symptoms similar to other mental disorders, especially OCD. Some believe that people with symptoms of OCD can eventually develop misophonia symptoms. And similarly to OCD, the main treatment options for misophonia address the symptoms of the condition rather than its underlying condition.

People with more severe misophonia cases will have to learn about the condition and cope with its many difficulties.

Various factors can often contribute to the causes of misophonia, but they are more complex to discern.

If you’re struggling with misophonia and have extreme reactions to small trigger sounds or actions, then misophonia treatment might be what you need. Over the past 20 years, Stephen Katz LCSW has developed a highly effective treatment  of misophonia using cognitive behavioral therapy (CBT).

So call today to schedule an easy online consultation. Get the help you deserve now!

← Is Misophonia a Form of OCD?