Do things other than sounds trigger misophonia? Sure, you might find little noises like the tapping of a pen or loud chewing to be annoying, but what if they made it impossible to focus on anything else? People suffering from misophonia don’t consider these sounds to be annoying but unbearable. Misophonia is a Greek word that means hatred of sound and was used to name the condition in 2001.

People also refer to this sound disorder as selective sound sensitivity syndrome. This condition is an abnormality of the brain, and people suffering from t exhibit physiological and psychological symptoms. In a recent study, experts compared the MRI scans of people with misophonia before and after exposing them to triggering sounds. They studied their brain structure and reaction to different triggering sounds. 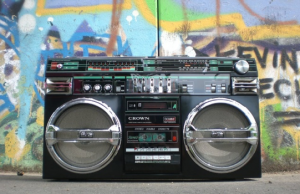 Experts don’t know the actual cause and mechanism of this condition, but it is obvious that most people find auditory triggers harmful. Other than auditory, people also find some visual images as triggers. However, the sound can be so much pain for these people that they cannot tolerate it and undergo a fight-or-flight situation. These sounds also trigger their anxiety, causing them to panic and rage. Also, it leads to depression, isolation, and avoidance. Since there are limited researches, we know little about the condition.

Triggering sounds aren’t the same for everyone. What’s triggering for one person isn’t necessarily triggering for someone else. Furthermore, the intensity and may change with time. However, the most common triggers in this condition are mouth sounds. Here are some examples:

Besides sounds from the mouth, people also find these sounds irritating:

With time the auditory triggers turn into visual, causing irritation and annoyance. Visual triggers include:

You’re probably wondering how people with misophonia perceive triggers? To them, annoying sounds are more intense and feel like nails on a chalkboard. Suppose that whenever you hear a squeaky noise, your nerves flare, skin prickles, and you will do anything to make it stop. Sometimes, people don’t find these sounds annoying, but with misophonia patients, it is an everyday struggle. Furthermore, they also hear sounds that normal people’s brains don’t even pay attention to. 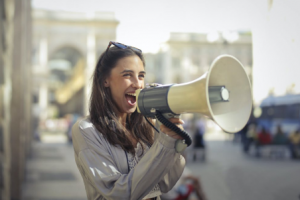 If you are looking for a single word that explains how a person with misophonia feels, it would be “awful.” Their blood starts to boil, the heart starts racing, and stomachaches are common.

How the Brain Works During Misophonia

When people suffering from misophonia listen to provoking sounds, they experience physiological effects. A few studies in this regard suggest that people with this condition undergo physical responses, including measurable autonomic responses. However, when people are in a control group, they don’t physically respond to these triggers. Misophonia and tinnitus, which are ringing in the ear, share some similarities. Consequently, some studies suggest that misophonia is a hyperconnectivity disorder. This makes it different from tinnitus. The reaction between the limbic and auditory system of the brain cause irritation and pain.

The hyperconnected nature of this condition means that there are numerous connections between neurons. Because these neurons relate to emotional and auditory abilities, people cannot tolerate triggering sounds. In one study, experts used MRI imaging to determine the brain’s response in this condition. They found that people with misophonia exhibit an exaggerated reaction. Experts analyzed and identified the changes in the brain after the participant listened to triggering sounds. The sounds influence the anterior insular cortex of the brain, which processes emotional feelings. The study confirmed the connection between the default mode network and the AIC. These neural networks promptly affect memories and associations.

Some brain sections of a person with misophonia have higher myelination in their nerve cells compared to the average person. That’s why their brain generates a higher level of connectivity. Furthermore, research suggests that high-level activity in the brain’s AIC creates different perceptions. Therefore, they experience skewed perceptions about a sound that isn’t really a threat.

Can Things Other Than Sounds Trigger Misophonia? Conclusion

If you read this article, it means that you or a loved one gets highly irritated when exposed to triggering sounds or events. You need a solution. The best way to overcome the effects of misophonia is to opt for Misophonia Cognitive Retraining Therapy. Schedule an online session with the Misophonia Cognitive Center™ to discuss your problem with a professional sound disorder specialist.

To schedule a quick online session with our expert Stephen Geller Katz LCSW-R, contact us at 646-585-2251.

← Can Misophonia be Cured?
Cognitive Behavioral Therapy for Misophonia →