Is Misophonia Linked to Autism?

As medical science is still trying to understand misophonia and its intricate mechanisms, we’re starting to observe some interesting links between it and other, more commonly reported and “popular” conditions that medicine has been dealing with for a longer period. Autism has been frequently popping up on the radar in this context recently, and it looks like a lot of attention is currently focused on investigating a potential link between the two.

One of the factors that have prompted this is an apparent increase in the frequency of cases where the two conditions are reported together. It’s indeed not rare for parents dealing with autistic children to describe them as being easily irritated by specific sounds, often to the extent that the situation provokes a physical response. However, it’s worth noting that the two are reported separately in many cases, rather than describing misophonia as just another symptom of autism, which has contributed to the perceived potential link between them.

Misophonia as a Form of Autism

This has also prompted some to investigate whether misophonia could be a subclass of autism with a milder set of symptoms. While it’s understood that autism is not a “black and white” condition – like most issues in the psychological world – the exact line where it becomes an agitated response to certain factors remains somewhat unclear. Some specialists seem convinced that the two conditions are one and the same and that misophonia is simply more specialized and tightly focused, but that remains nothing more than a hypothesis at this stage. 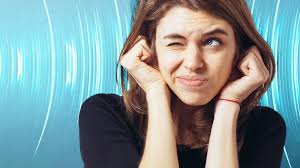 More research is necessary before any conclusions can be drawn. And due to the limited number of patients reporting misophonia and having the will to actually deal with it, progress has been relatively slow. To physicians, every point of contact counts and matters a lot, and the increased interest and attention towards misophonia is a good thing with regards to the future of our research into it.

Are you wondering whether you might be dealing with misophonia yourself? It doesn’t matter if you’ve previously been diagnosed with autism or not – every point of view and additional report counts. If you want to take the first step towards dealing with your problem, and also help medical science understand the problem a bit better, give us a call and schedule an appointment.

← The Link Between Misophonia and Obsessive-Compulsive Disorder
How Is Misophonia Diagnosed? →

One Response to Is Misophonia Linked to Autism?