The Link Between Misophonia and Obsessive-Compulsive Disorder

Misophonia and OCD are two conditions that only recently have started to receive proper attention in medical circles. Misophonia, in particular, still has a long way to go before everyone has proper access to the kinds of treatment procedures they may need to deal with the condition properly. On the bright side, the increased attention in recent times has resulted in many new discoveries floating up to the surface, including new potential links between misophonia and conditions like OCD.

Both misophonia and OCD boil down to the same essential set of points: a person gets triggered by a certain irritant, causing an involuntary response by their body that typically manifests itself as a feeling of discomfort, or even a physical urge to react. Both conditions can also trigger physical sensations in the body as well, such as an increased heartrate when the trigger isn’t properly addressed, although the exact mechanism through which this occurs remains largely unknown, and it’s therefore difficult to draw a concrete conclusion on a possible link in this regard.

People who deal with misophonia usually find that they develop a similar set of coping mechanisms to address the condition as do those with OCD – the only real difference is the context in which those mechanisms are applied. Since misophonia is a more isolated condition specifically related to responding to unpleasant sounds, dealing with its related irritants is usually as simple as getting a pair of noise-cancelling headphones and sticking to environments that are known to be free of triggers. 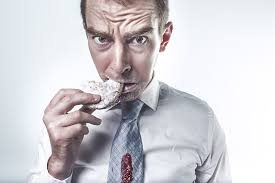 Despite the similarities between the two, there are also some inherent differences that have to be carefully observed by an individual attempting to diagnose themselves. The most important point to consider is that the two conditions are diagnosed in very different ways and require the attention of different specialists. If you suspect that you might be dealing with misophonia, you’ll need to consult a physician that has specific experience in that area.

Finding one that you can trust can be a bit tricky due to the relatively unpopular status of the condition at the moment.

If you want to be evaluated by the best NYC Misophonia specialist who can give you the kind of reassurance you need, give us a call and we’ll help you figure out what’s going on inside your head, and whether you need any special treatment in the long run.

← Physical Symptoms Associated with Misophonia
Is Misophonia Linked to Autism? →