Anxiety is usually a by-product that occurs when you come across a distressful situation. Majority of scientists that sternly believe on the phenomena of evolution agree to hypotheses made by evolutionary biologists that anxiety is an inherited trait in humans that is important for survival. According to them, the first ever cousins of the human species used anxiety to their advantage, by fleeing from pray and avoiding dangerous outcomes.

Anxiety is a response that has played a critical role in the survival of Homo Sapiens(humans), however, statistics show that with the beginning of the modern information age there has been a sudden rise in anxiety disorders amongst the general population. Anxiety is a fight or flight response that be triggered by countless phenomenon, considering the complexities of human psychology.

Sensitivity to noise and its response in the form of anxiety’ points to a condition that many medical professionals still cannot classify to this day. It is called Misophonia, wherein “Miso” means hate and “phonia” means sound. Misophonia does not necessarily mean hating sound but instead it is more like hating certain and specific sounds so the more appropriate way of describing it would be by calling it a selective sound sensitivity syndrome. The term ‘misophonia’ is more popularly used.

The sounds that a person suffering from misophonia can be sensitive to and the intensity of emotional response caused by it vary from person to person. Loud chewing is an example of a sound that can be annoying for a person with misophonia. Chewing noises are the most common sounds that trigger an emotional response in people who have sensitivity to selective sounds.

Noises that can derail emotional stability can be the sound of heavy breathing, which is the second most common trigger for people with misophonia. If you have a problem with people who breathe too loudly, then you also could have a minor condition of misophonia. Other noises include feet stomping, pen clicking, keyboard tapping, window wiping, and finger snapping. Familiarity between all these sounds is the repetitive motion in which they occur. This explains why a subtle or loud noise that occurs repetitively triggers a misophonic person.

If we are to compare this condition with any other condition, the ones that come closest are ASMR and Hyperacusis. ASMR is a sort of audio stimulation, it also invokes an emotional and physiological response to any audio, which most people describe as a pleasant experience. In contrast, Misophonia is also a physiological and emotional response to sound, but it is not a very enjoyable experience. Instead, it can even trigger extreme reactions from some patients.

Rage, frustration, and anxiety are the most common psychological symptoms that people with Misophonia have to suffer from. Unlike hyperacusis, which is a condition that makes people intolerant to loud music, a person suffering from Misophonia has no problem with the intensity or amplitude of sound waves but some psychological disability to tolerate certain sounds. The complexity of this disorder is beyond bounds, diagnosing it has been difficult for doctors. However, recent studies have made us understand and treat this disorder better. 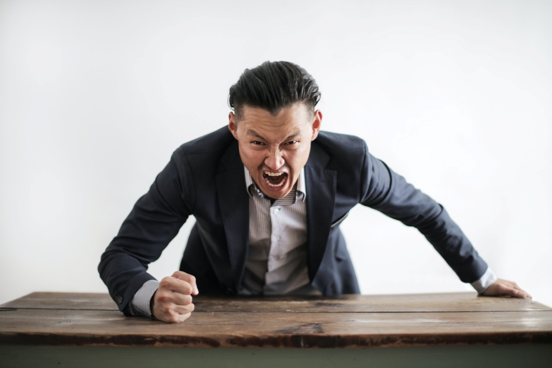 The medical science community is still discovering new information about this illness, many suggest that it is a symptom of other mental disorders. Patients with autism and obsessive compulsive disorders are more likely to show symptoms of noise sensitivity. It can also be found in people with Tourettes Syndrome. Normal patients with Misophonia were subjects of a recent study conducted by the University of Neuroscience.

The brain scans of healthy people and people with the disorder were compared and the study shows that there are differences between the brain activity of healthy people and people with noise sensitivity. This is good news for the people suffering with this abnormality as this study indicates new progress in the treatment of Misophonia. We still do not know for sure how this disorder arises and why it can be such an obstacle for some patients to overcome. Neuro-biology still has miles to cover until we can fully understand how the brain works and how the workings of the neural pathways dictate our behavior. This is why psychological disorders like these remain unclassified and for a long time untreated.

You should not take Misophonia, otherwise known as a ‘selective sound sensitivity syndrome, lightly. People need to start thinking about this disorder as a serious concern. People with severe or minor Misophonia tend not to seek treatment. This is because the disorder is still not classified as a legitimate mental illness. This is why most cases of Misophonia are left unreported.

The point of sharing all this information about this disorder is that so you can identify people who suffer on a daily from this and help them get treated. We provide extensive methods that treat Misophonia at the Misophonia Cognitive Center™.

← Misophonia & Chewing
Can You Inherit Sound Disorders Such As Tinnitus Through Your Genetics? →