The Most Common Trigger Sounds for Misophonia Sufferers 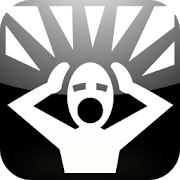 If you’re trying to do some self-evaluation to figure out whether you might be dealing with misophonia, one of the best starting points are the kinds of sounds that you perceive as annoying – or triggering. Making a list is a good idea, as this kind of analysis is usually prone to being influenced by your own perception, so you’ll need to be sure exactly what kinds of sounds are truly annoying to you, and which ones are merely single incidents that can be safely ignored. Here’s a list of the sounds that misophonia patients have reported most often.

Sounds Made by Other People

By far the most popular category are sounds that other people make, especially with their mouths. Chewing, swallowing, crunching something with one’s teeth – these are all common examples that frequently get reported. Even talking can sometimes be irritating when the talker has a specific tone of voice, or, related to the above, if they talk while eating. While many people find that at least mildly unpleasant, misophonia sufferers get significantly more irritated from such annoyances.

Sounds related to food and eating are also commonly present in these lists, even when they aren’t produced by other people specifically. For example, the classic noisy, crunchy sound of opening a bag of chips can drive some people borderline insane, especially if it’s prolonged by the person attempting to conceal their actions in a quiet environment. The clinking of glasses during a toast can also be a common irritator, making social gatherings particularly unpleasant for some sufferers when combined with the general noise and rattling associated with them.

Staying at home and trying to immerse yourself in a quiet environment usually allows you to focus on the tiny everyday sounds associated with living in a house or apartment. Air filters, doors slamming and squeaking, the creaking of the walls, that fire alarm chirping because its battery is low – even one of those can often be enough to provoke a serious reaction in a person dealing with misophonia but combining several can make the situation a complete nightmare for that person.

Feel like dealing with this on your own is too much? If you want some professional guidance through the process of identifying misophonia and dealing with it in your daily life, you should contact us for an appointment today. You can hardly do better than the best misophonia specialists in NYC, after all.