The Most Common Symptoms of Misophonia

As more and more people are turning their attention to misophonia – including healthcare professionals, thankfully – you may be wondering if there might be something inside your head as well. The nature of the condition can make it difficult to self-diagnose in many cases, and it’s always preferred to get the opinion of a specialist if you’re not sure whether you might have it or not, but there are still some signs you can use to get a pretty good idea of what your current status is. There is a set of symptoms commonly associated with misophonia that tend to manifest themselves in most people who suffer from the condition.

Specific Sounds Trigger You, But Others Don’t

Misophonia is typically linked to the presence of certain sounds in the environment, but only those. You may not get any negative response from sounds that drive others crazy, and vice versa. It’s important to make a list of specific sounds that seem to annoy you if you’re starting to suspect that you might have misophonia, in order to identify whether there’s a pattern or not. In some cases, you might simply find out that you’ve been getting triggered by a small set of sounds that everyone finds unpleasant, having nothing to do with misophonia.

The Sensation Is More Than Simply Unpleasant 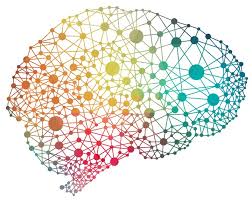 Most people who suffer from misophonia describe their conditions as going above and beyond simple discomfort. Many people claim that the sensation is annoying enough to make them actually angry, and there have been reports of people lashing out after being provoked by their corresponding personal triggers. If your annoyance frequently develops into something much more significant and you find it hard to control those emotions, this might be a good sign that you’re indeed dealing with misophonia. That’s even more certain if you find yourself considering physical responses – or even acting on them.

Misophonia can make you associate some environments with unpleasant feelings, and it might even be difficult to figure out that these environments are the problem until you realize that they are saturated with the kinds of sounds that trigger your condition.

If you’re not sure whether it’s misophonia you’re dealing with or a simple minor annoyance, you should get in touch with us and set up an appointment with the leading misophonia specialists in NYC. Don’t put this off until it’s too late, it will be much more difficult to deal with the problem later on.