When a person suffers from PTSD or Post Traumatic Stress Disorder, they might find it difficult to handle the intensity of some sounds. Perhaps they develop phonophobia, which is a fear of sound, or they might get misophonia – an aversion to certain sounds. In this article, we will discuss the relationship between PTSD and misophonia. But first, let’s understand what both these conditions mean. 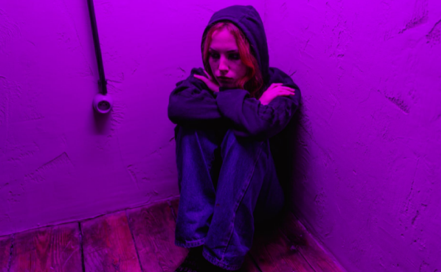 This is a mental health condition that is triggered because of a terrifying event. This condition relates to traumas and includes symptoms such as nightmares, flashbacks, and severe anxiety. Furthermore, a person suffering from PTSD will find it hard to control their thoughts because of an event.

Many people suffering from traumatic events might find it difficult to cope with situations. Even so, recovery is possible. All they need is some time and proper self-care. Their symptoms can last as long as a month or a year, depending on how they adapt to the situation. If they don’t make appropriate life changes to handle the condition, it will negatively impact their ability to function in day-to-day tasks properly. Therefore, it is important to seek appropriate treatment to reduce the symptoms and improve function.

Symptoms of post-traumatic stress disorder begin within a month of the event. But, a person may not notice the symptoms until a year later. The symptoms negatively influence work and social situations. Moreover, their behavior with their partner may also change after the event. Also, the symptoms interfere with the normal daily task. PTSD symptoms fall under four types:

The symptoms and interval of the phase may vary from person to person.

People with misophonia cannot tolerate some sounds. Certain sounds can cause their brain to react negatively, which is reflected in their behavior. While others may not notice the sound, a person with misophonia may find it triggering. Examples of these sounds include chewing, yawning, and breathing. Furthermore, the brain may elicit a fight-or-flight response, which forces them to escape or show anger. There are only a few facts known about this condition, so it is hard to understand the mechanism and treatment. People with misophonia feel embarrassed talking about their inability to tolerate sounds. To avoid their aggressive reaction, they usually stay isolated. Most people develop misophonia at the age of 12, but due to a lack of awareness, they may not understand what they’re experiencing.

As discussed above, misophonia involves negatively reacting in response to triggering sounds. According to many experts, misophonia and PTSD are similar conditions, where stimuli can cause triggering effects. Because of the similarities, many experts are taking into account the qualities of PTSD to understand misophonia. The person suffering from PTSD doesn’t need to always show a fight or flight response. They can also experience unsteadiness, dreams, flashbacks, and mood swings. The core issue in this condition is an event, whereas in misophonia, the cause is a triggering sound.

The difference between both conditions can be the aftermath of the stimuli. Other than triggers, the person’s reaction is different in both cases. For instance, when a person suffers from PTSD, they have bad dreams and develop negative emotions. However, with misophonia, a person losses their temper and experiences anxiety. But, there are some similarities as well. 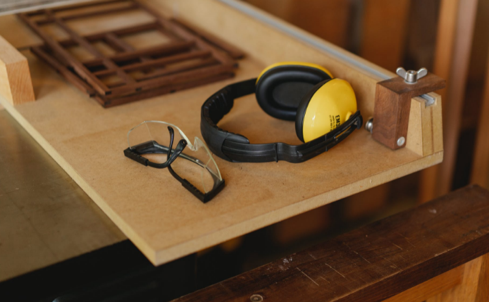 In both conditions, the person reacts because of certain triggers. Some researchers also suggest that Misophonia relates to distressing and traumatic events as well. The fight or flight response is due to the stimuli that their mind has already set. In order words, the triggers that a person cannot tolerate are due to an event that their brain isn’t letting go of. Perhaps, that is why each person reacts to different triggers. When they hear that specific sound, their brain elicits a survival response to move them away from danger.

If you experience any of the above conditions, you need to visit a professional audiologist or a specialist in sound disorders. When you visit a misophonia specialist, you can find a technique or therapy that relieves your response to triggering sounds.

Schedule an easy online session with the Misophonia Cognitive Center™ from anywhere in the world at 646-585-2251 today.

← Latest Developments in the Treatment of Misophonia
Misophonia: Sounds & Anger →