What is the relationship between misophonia and anger?  There are certain complications associated with misophonia that resemble other disorders and conditions. It is a condition in which the affected person has a low tolerance against particular sounds. The sound tends to instigate adverse reactions in the affected person. 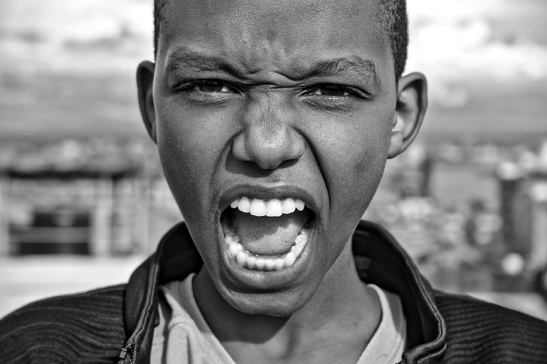 The reactions may vary, from worry and feeling uncomfortable to getting physically aggressive and angry. It can affect the normal life and routine as the affected person will carry anticipatory anxiety regarding the sounds and the consequent reactions.

Misophonia can detach a person from their social life to a great extent. When others make sounds such as chewing loudly, breathing heavily, sniffling, wheezing, etc., it can trigger a reaction from the misophonic people hearing it. The reactions are usually negative, such as the sudden need to flee or do something aggressive to make the sound stop. In many cases, a  person may experience a fight or flight response that can lead to severe complications for them and others.

There aren’t enough research and scientific studies when it comes to misophonia. People with this condition isolate themselves from friends, colleagues, peers, family, and even spouses. Other times, some people feel embarrassed in sharing their issues. Overall, misophonia is a prevalent condition in different age groups. From anger to anxiety and manic depression, misophonia can convert many sounds into serious reactions due to intolerance.

What’s the brain science behind misophonia? How do certain sounds change a person’s mood? What’s the effect of sounds on the brain? You may think that misophonia is similar to tinnitus. Most people tend to assume that because tinnitus also isolates a person and leaves them socially disturbed. However, tinnitus refers to ringing or similar sensations in the ear, which vary in frequency.

A study shows that after hearing the misophonia trigger sounds, an affected person’s AIC (anterior insular cortex) suffers from excessive responses. AIC is the part of the brain that processes and regulates emotions. In effect, the study shows there is high connectivity between the default mode network and the AIC in the brain of the misophonic patient. This prompts associations and memories. Furthermore, higher myelination in the nerve cells of specific brain parts could lead to greater connectivity.

What Signs to Look Out For?

Talking about the sounds and how they affect a misophonic person, pay close attention to all the symptoms and signs of this condition. The key features of a patient’s reaction include aggression, anger, or any extreme reaction towards the source of the trigger sound (usually a person). The severity of the condition varies from person to person. Therefore, some people may only feel uncomfortable while others will flee or feel enraged. If a person has misophonia, the symptoms appear from an early age, like adolescence or teenage. Still, the condition is prevalent in both males and females.

Although the person may initially have a single trigger sound, the number of trigger sounds can increase depending on the severity and progression of the condition. The common concept is that misophonia people see particular sounds as highly disturbing and experience a series of reactions that makes them feel they are losing control. Here are some of the symptomatic responses of misophonic people:

In reality, the thought of hearing trigger sounds can initiate negative responses and strong stimuli in the brain of the affected people. They experience symptoms such as depression, anxiety, and neuroses more than others. Emotional responses are not the only signs that appear in misophonic people. Certain physical reactions can take place when a misophonic person encounters a trigger sound. Those include the following:

Furthermore, it is worth mentioning that you may notice OCPD (obsessive-compulsive personality disorder) symptoms as this condition accompanies misophonia.

Do you think that your misophonic condition is getting worse? Do you find yourself getting extremely angry due to trigger sounds and visual stimuli? It is important to acquire the best treatment options for misophonia to minimize your reactions and adverse thinking pattern.

Stephen Geller Katz LCSW-R at the Misophonia Cognitive Center™ helps patients solve their complications with this and other sound disorders. With years of experience successfully treating patients, he is a renowned specialist in NYC.