What does reddit have to say about misophonia? If you feel like certain sounds trigger an emotional reaction and put you in a fight-or-flight situation, you are not alone. There are hundreds of people on Reddit and other platforms who feel the same way. They also express their anger and dislike after listening to a certain sound. Therefore, today we will discuss misophonia and how you can treat it:

Misophonia is a disease where certain sounds trigger many people’s emotions and force them to react. The reason behind this condition is still unknown, and people have concerns about how they develop these conditions. Researchers are studying the impacts of misophonia and why people start to experience this condition. 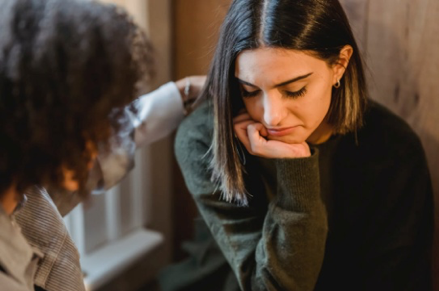 Many people on Reddit describe misophonia as an annoying feeling that drives them crazy. They discuss that their anger and annoyance lead them to run from the situation and panic. You can also refer to misophonia as selective sound sensitivity syndrome, as it only triggers certain sounds.

Many people stated on Reddit threads that they mostly respond to oral sounds. For instance, the sound of someone chewing their food, eating chips, or even breathing can make them angry. Other sounds such as finger tapping, keyboard playing, and someone wiggling their foot also trigger some people.

Similar to sound, people also said that they also aggressively respond to visual stimuli. For instance, if they see someone tapping their foot or finger, they find it triggering even though they cannot hear the sound, but the repetitive and instant motion can irritate them.

Many researchers suggest that the main cause of misophonia is brain filtering sound. However, people on Reddit claimed that Tinnitus was the trigger for their misophonia. This condition also ranges from mild to severe, depending on many factors. The major factor is the duration since you develop the condition. Here are some symptoms that people experience when they are suffering from misophonia:

Misophonia is affecting the quality of life for many people. They find themselves anxious about visiting clubs, concerts, and other events. Furthermore, they hesitate to visit their family because they cannot properly respond to them. They also feel embarrassed to express their emotions with their loved ones. Therefore, they stay alone in isolation, causing distress and depression.

By going through Reddit threads, we found that different sounds trigger different people. Furthermore, their triggers also increase with time. This indicates that failing to receive appropriate treatment in the initial stages can make your situation worse. As previously discussed, the common trigger for most people is the sound that comes from the mouth. Here are some examples:

Here are some other triggers for misophonia:

Misophonia does not have a dedicated treatment. However, researchers are studying the condition to understand the cause and best method for treatment. Many people on Reddit suggest that they find various treatments effective to reduce and eliminate their symptoms.

Many people found tinnitus retraining therapy a better option to tolerate the noise they consistently hear.

Cognitive behavioral therapy is another method to reduce the negative association of tapping or chewing sounds being triggers.

Many people find supportive counseling effective for the treatment of their condition. An expert audiologist will diagnose your condition and suggest the best treatment plan for misophonia.

What Does Reddit Have to Say About Misophonia: Conclusion

While misophonia can be frustrating and irritating, you can seek help by visiting an audiologist. Numerous people on Reddit mentioned how they undergo therapies and other treatments to mask out the triggering sound. Reading the threads on Reddit will help you understand that you are not alone and masking your triggering sound is possible.

To seek help and free consultation, you can contact us at 646-585-2251 and discuss your condition with Stephen Geller Katz LCSW-R, one of the top specialists in New York City and the world. Dr. Katz has treated and in many cases cured misophonia and other serious sound disorders in his patients. He will diagnose your condition and suggest the best treatment plan so you can return to your normal life.

← Misophonia Cognitive Center: Treatments for Sound Disorders
Misophonia and Its Relation to Other Disorders →