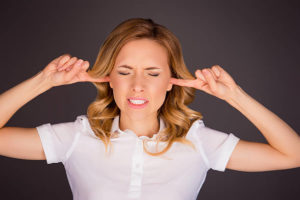 Misophonia refers to a chronic condition where an individual gives an emotional response to certain sounds. The exact meaning of this is “Hatred of Sound.” The affected people not only hate this condition, but they also show fear and annoyance to some sounds. Those of you who are mentally ill or have hearing loss is the most likely to suffer from Misophonia. Treatments for such condition is difficult, but antidepressants are recommended to get out of such conditions.

Let’s have a look at some of the causes and risk factors of Misophonia:

As there is no such cause for Misophonia, therefore, the way your central nervous system works plays an important role. The spinal cord and brain should work properly without a change in its structure. Particularly, this disorder results from an increase in hearing pathways, as well as the way people react emotionally to sound. All this happens in the central nervous system. People who are suffering from one disorder may suffer from the other. For instance, people who have hyperacusis are likely to have hearing loss. Therefore, some diseases are interconnected to each other.

Moreover, this disorder is related to some behavioral theories. It usually centers on extreme reactions to normal noises. This is done by the patient as it is beyond their control. Basically, in other words, this illness develops when the sufferer tries to develop an emotional association between an irritating noise, and a normal one. It is thought that this disorder is caused when the person who is suffering from it distinguishes the pain in hearing normal sounds in the environment.

Furthermore, if you have a look at more causes of Misophonia, it tends to occur with mental disorders. Mental disorders that can take place, in this case, are surely obsessive-compulsive disorders. This refers to unwanted thoughts that come into your mind when you hear certain sounds. This makes it difficult for some people to go through daily activities as it may lead to the person being feared. To solve this issue, the relatives of the sufferer have a vital role to play.

Misophonia is a type of disease that is much likely to be caused to girls nearing or at the age of puberty. Therefore, it is important for parents to play an important role by keeping their daughters engaged in any work so that they do not feel depressed. Moreover, any other group of people is not attacked by such diseases. However, this does not mean that there is a confirm chance of it. 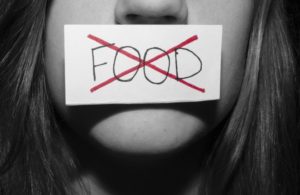 Another circumstance which may give rise to Misophonia is people having eating disorders. Eating disorders refer to the illnesses that make the eating behaviors disturbed. People who have obsessions of weight and shape are also much likely to suffer from these disorders.

It is significant for you to be aware that a risk factor does not mean that you will suffer from a certain disease no matter what happens. However, risk factors are highlighted to make sure that the people who have these problems should take intense care.